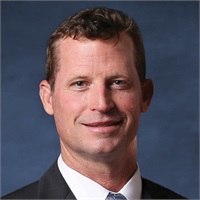 Andrew Hudson was raised throughout the Southeast and attended Mississippi State University where he received a B.S. degree in marketing. He joined Pritchett-Moore, Inc. in 2001 as an agent specializing in commercial, personal, life insurance and bonding.

He is active in the Alabama Independent Insurance Agents Association serving as chairman of the Young Agents Committee in 2005. He currently serves on the Board and received Outstanding Board Member of the year for 2010. He is active in the community and serves on several boards as well as volunteer opportunities.

Andrew is married to the former Stephanie Nelson of Slidell, Louisiana, and they have three daughters, Lauren, Brooke, and Mackenzie.